The unique church in Dobarsko

The incredible Dobursko village is surrounded by vast meadows and rich pastures, numerous clear and cold springs, forming several rivers, pristine pine and deciduous forests forming good game country. The place is also called "The sunny spot" due to its solar exposure. There is no doubt that this piece of land will grab your attention! 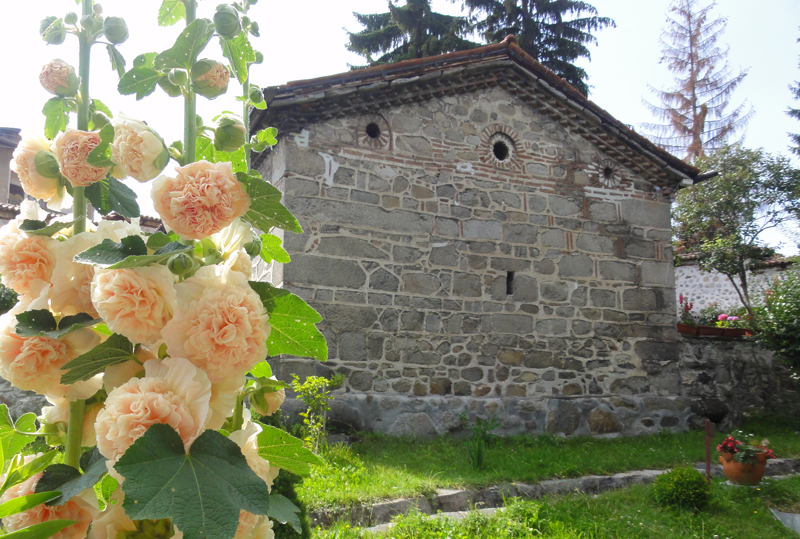 These lands were inhabited by Thracian tribes - Besi before. Proofs of Thracian origin of the settlement were found during excavations in the village near the bridge "Spasov". There were discovered foundations of a church, a large granite cross and smoothed marble plate with size about 60x60 cm and an image of a horseman. The plate is dated around the VII-VI BC. It is considered that the suspected horseman plate is the Thracian Hero or called Thracian horseman. His name is associated with folk beliefs in the afterlife. It is further believed that he bestows fertility and prosperity to people. Historians considered that up to year of 313 part of the population in this area has already been adopted Christianity.

During the First Bulgarian kingdom Dobursko village has numerous residents.  Local people were engaged with cattle and agriculture and also they have been trading with the entire known medieval world.

In the early Middle Ages Dobursko became a cultural center. There flourished rich libraries for numerous intellectuals. Young people who traveled to Constantinople and Thessaloniki, donated valuable books for the collection of Dobarsko.

George Belyov who was born in Dobarsko, after 12 years of collecting information write about one unknown fact in his book- " Are all the secrets of Dobarsko Revealed?" He founded evidences that in this area round the years between 902-903, at the settlement appeared ascetic monk. He was a strong believer in the doctrine of Christ, however illiterate. Residents sheltering him, placed him in school - and its unusual memory, diligence and desire to learn to read and write he managed not only get education but continued to cultivate spiritually. This was the monk Ivan, who later remains forever in our history with the name of Ivan Rilski. George Belyov suggests that Ivan Rilski creates strong school namely among the wealthy, knowledgeable and capable people of Dobarsko. The monk hermit serve more than 20 years to God and it is believed that he receives enlightenment here in Dobarsko. After years he became a saint, protector of Bulgarian Kingdom. 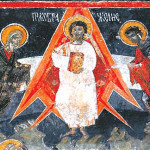 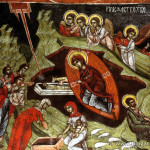 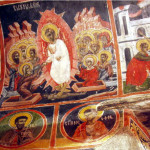 In such a spiritual atmosphere the unique church "St. Theodore Tyron and Theodore Stratelates " is built and decorated. Experts note that these works can be compared with the best craftsmen in the Middle Ages. A reminder of the courage of Hieronymus Bosch. "St . Theodore Tyron and Theodore Stratelates " is a small basilica. The church is the oldest one preserved without restoration since 1122. At the beginning it has been designed as war turret. The murals dates to 1614. Here you can see images of over 460 local and biblical characters together that have been preserved in very good condition. It is amazing that in this temple nothing has been restored. The temple has been recently refreshed. This action only removed the smoky layer collected for centuries. Today icons and frescoes shine almost like the way back in time when the church was built. In the construction of the church were used paints made from minerals on entirely natural basis. The colors are so fresh and preserved due to the small windows on the wall and the lack of light that came from there.

There are murals that can not be seen nowhere else in the world. Jesus placed in a rocket - Mary in capsule of red light, the whole biography of Jesus from his birth till the Second Coming;  Egyptian saint in spacesuit, images of female saints that cannot be found in many Christian churches.

There is a belief that the artist was a woman but it has not been proven. Whoever the author is definitely a special person and he has the courage to depict Jesus Christ as an astronaut. Today most of the visitors ” St. Theodore Tyron and Theodore Stratelates " come to see the unique mural that displays the Son of God sitting in something strikingly resembles of high-tech shuttle.

With its help the Son of God is exalted above the earth and under his feet we can see the contours of the atmosphere and stratosphere. We can find in a perfect condition and other unique icon of God - Astronaut  "God's resurrection".  On this icon Jesus Christ descends into Hell and raise dead people. He takes to the surface in a space capsule similar to these astronauts came back on earth today. The church is roundabout of amazing garden. Among wonderfully beautiful flowers we can find healing spring from which according to legend were treated blinded Samuel’s soldiers.