The Pirin Mountain is located in southwestern Bulgaria, between the rivers Struma and Mesta. It is one of the oldest mountains in Europe. The last powerful elevation happened in the Ice Age period. From former ice remained deep cirques, endless moraines, glacial valleys and the crystal blue eyes of Pirin - the lakes. In the most beautiful, magnificent and visited by tourists part of Pirin between Predela and Todorova Polyana  area is situated National Park "Pirin".

Within the park there is more than 50 marble and granite peaks each one over 2, 500 meters high. Among these is Vihren – 2, 914 m above sea level , the third highest peak on the Balkans. From the rocky peaks to the valleys, the mountain is striated from 35 large and small circuses, and there are about 170 glacial lakes. National Park "Pirin" was created in 1962 and originally bore the name - National Park "Vihren" . In that year his area was 6, 212 ha including the highest parts of Demyanishki and Vihren share. Over the years the park has increased several times and today National Park "Pirin" covers over 40,000 hectares . Since 1983 , the national park is under the protection of UNESCO. Part of the national park “Pirin”is one of the oldest reserves in Bulgaria - " Bayovi Dupki - Dzhindzhiritsa ." 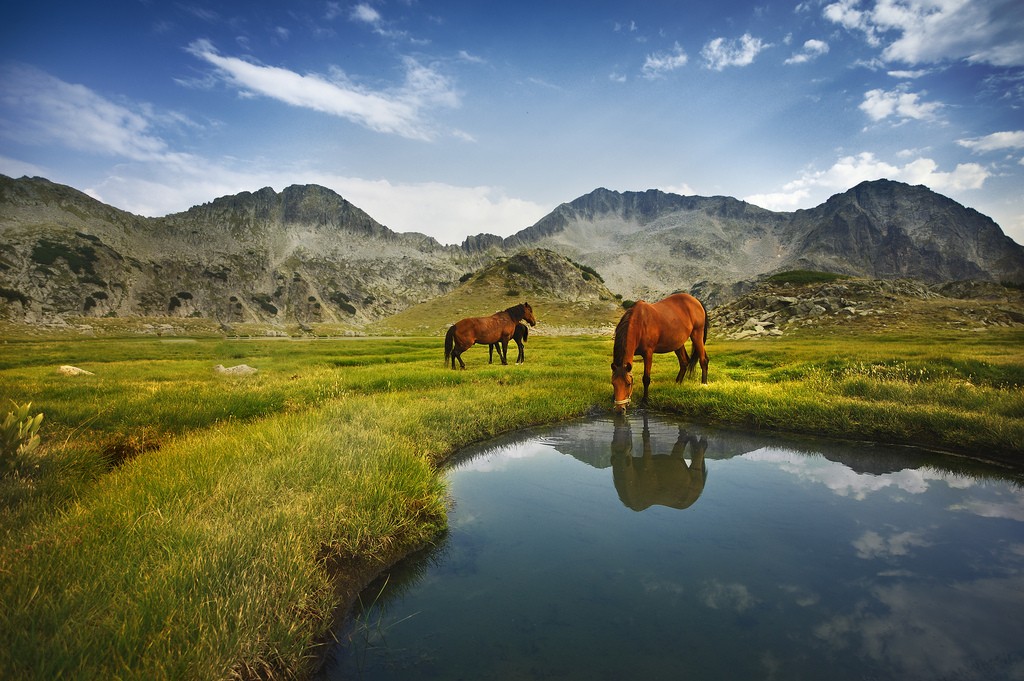 In 1934 it was declared a protected territory, to preserve the natural primeval forests of white and black fir and the wide variety of plant and animal species. In 1977 it was declared a biosphere reserve program "Man and Biosphere”. In 1994 was named and other one reserve in the park - "Ulen". The park area covers 182 species of medicinal plants. 1,315 species are described of vascular plants, which is about 1/3 of the Bulgarian flora. On National park “Pirin”’s territory there are still about 320 species of moss and 165 algae species. The variety of topography and flora is a prerequisite for diverse wildlife. In the national park are described over 2,000 species of invertebrates and 200 species of vertebrates. In Park „Pirin” inhabit tree frog types (Hila arborea) and Hermann's tortoise (Testudo hermanni), which are on the Red List of the International Union for Conservation of Nature. On the territory of National Park "Pirin" are described 159 bird species, representing 40% of the variety on the territory of Bulgaria. The park has several land areas - " Sinanitsa ", " Dupki ", " Vihren ", " Bezbog " and "Kamenica ". In " Sinanitsa " there are two hiking trails . One of them - marked in brown, starts from “Mandrata” area - to “Sipanitza” hut (on the way to “Pirin” hut). Another one – marked yellow starts from “Mandrata” area -  to “Cherna voda” area ( on the way to "Yavorov" hut) . 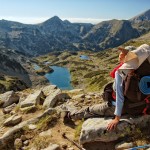 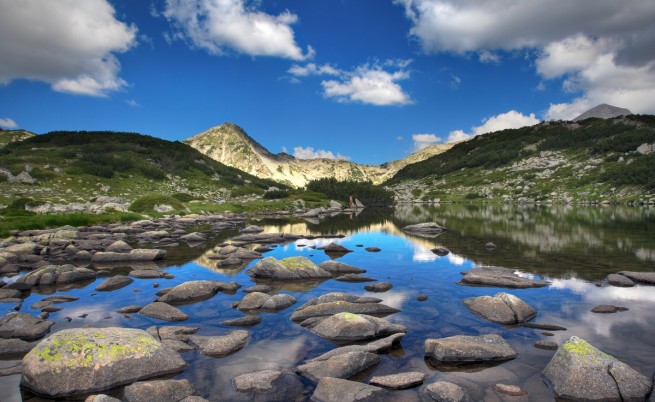 There are eight chalets and four shelters in National Park "Pirin”. In Bansko is situated Visitor’s Information Centre of the National Park "Pirin" . The center exposure 'Pirin forest " - by 22 interactive modules.  Visitors can learn interesting and curious facts about mountain farmers –trees, plants and wildlife. Natural Park "Pirin" is extremely important for conservation. It is unacceptable for visitors to pollute the environment. Strictly prohibited are hunting, fishing in some rivers, illegal logging and damage to the mark.